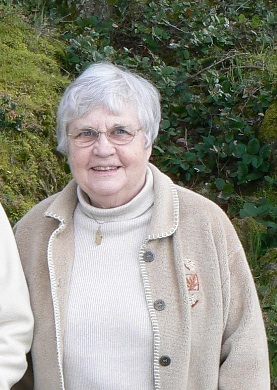 Sylvia Pincott has had a lifetime interest in caring for the natural world.  In 1994 she initiated Backyard Habitat, a community environmental initiative of the City for Abbotsford to encourage  “backyard” stewardship, and an appreciation for and understanding of “backyard biodiversity”, wildlife habitat requirements, and the essential interconnections between native plant and animal species.  Backyard Habitat became a pilot program for the province-wide Naturescape British Columbia, Caring for Wildlife Habitat at Home, for which she is Naturalist Advisor and member of the Advisory Committee overseeing the program.

Having moved to Pender Island eight years ago, Sylvia’s focus is now more on “island” issues.  She is President of the Pender Islands Conservancy Association, and for 2010, received from Islands Trust (the governing body for the Gulf Islands), their Stewardship Award for Enduring Achievement.

The Pincotts have placed a Conservation Covenant on their Pender property, ensuring that its natural values will be protected in perpetuity – as they did on their Abbotsford property before beginning the island chapter of their life.